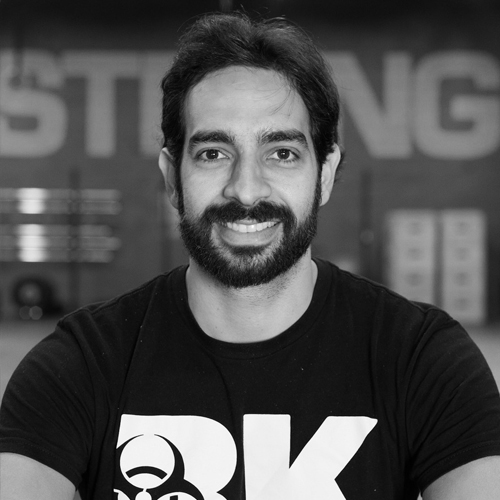 As many of brazilian, Victor was always a sports enthusiastic, since his childhood. With a Drama Degree, worked at many prizewinning theatrical companies and spectacles in Brazil, have written a play which was funded and sponsored byGovernment ofSão Paulo, worked with a bunch of well known directors, starred some films; anyway, the success as an actor made him negligent about his health and appearance. Thereat, his life had a turning point about 2 years ago: a kidney stone made him left the stage during a play. It was at this time, when he just started concerning about his health, that he was introduced to something that would change his life: Cross Training. And became a passionate athlete every since. Did the Level 1 Course and worked for 1 year as assistant coach at box Jardins Cross Training (São Paulo/Brail) and 4 months at Training Center Daniel Costa (João Pessoa/Brazil). In his classes, further then use the 2 years experience beach soccer player in an amateur league, 2 years at Capoeira classes, 1 year of yoga practicing, he uses all de knowledge in communication, interaction and body conscience that the life as an actor brings. Also, he has yet a Law Degree, which is helpful to develop oratory. When Victor is not training some gymnastic movements you can find him attending to some art events, playing his guitar or playing soccer at the park. If you want a workout partner or a cheering coach, just call him!